For Nearly 60 Years, the Bargain Box Has Raised Money to Help Community Members with Disabilities

For nearly 100 years, people with disabilities have been supported by the work of Mosaic (originally named Martin Luther Homes). In 1925, a private residence was opened in Sterling, NE to house seven people with disabilities. In 1955, the facility moved to Beatrice and in 2003, Martin Luther Homes merged with Bethpage to create Mosaic in order to further their mission to love and serve our neighbor. A mission of this magnitude requires community support and multiple funding mechanisms. It was out of this need that the Bargain Box store was first opened in 1961. 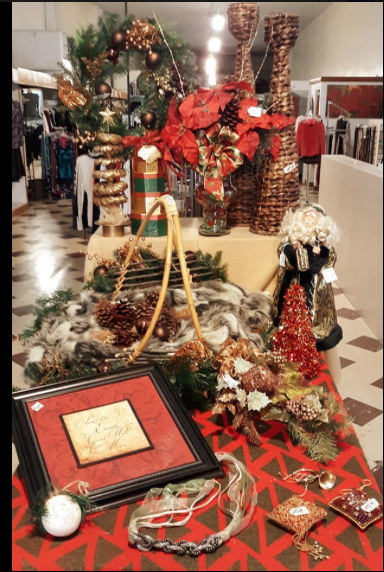 The Bargain Box is a popular second-hand store in Beatrice that sells high-quality merchandise ranging from clothing and handbags to holiday items and housewares. The items they sell are of a very high quality thanks to the generous donations of the community, and the dedicated members who work there. Unlike a traditional store, the Bargain Box is operated entirely by members of the Children’s Guild of Mosaic, a 501c3. With 54 members ranging from ranging from 30- to 96-years-old, members are able to sort all merchandise that is donated and to operate the store without the need for paid employees. This ensures that the store maximizes its profits for the benefit of Mosaic and the disabled community members who depend on the organization for support.

Mrs. Dianne Cole is the President of the Children’s Guild of Mosaic, a 501c3, that operates the Bargain Box. When asked what has enabled the Children’s Guild of Mosaic to attract and maintain such an active membership base, she said, “The reputation of the Bargain Box has been incredible and people want to associate with a strong organization. An exclusive group of women started the Bargain Box. These local influencers started the organization and that trend has continued. This has encouraged people to get involved and stay involved.” And stay involved they have. Members are required to volunteer for three hours each month, along with eight hours in the summer and winter to sort donations. In spite of a regular time commitment, membership has remained steady and even grown over the years. “This speaks to the importance of our mission and the desire of members to in some way improve the lives of Mosaic residents,” said Mrs. Cole. 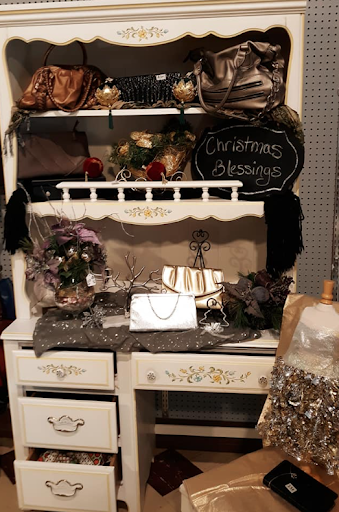 The Guild’s members are working hard to make a difference but none of this would be possible without the overall support of the community.  Mrs. Cole said of donations, “We get high quality, brand names and unusual items that draw people to the store. People visit us from Kansas and Lincoln, saying that this is their favorite store. For someone from Lincoln to say that is a huge compliment to the Bargain Box and they’re not alone. When we open the doors on Thursday morning there is usually a line down the street!” Because the community is donating such high-quality items the Bargain Box has developed a reputation that continues drawing people from throughout the region. This, combined with a move to a larger store in 2016, has caused profits to soar and the Bargain Box to donate $80,000 to Mosaic in 2019 alone. “The government has reduced the amount of money facilities receive, so this money has greatly helped residents,” said Mrs. Cole.

She encourages everyone to continue donating and wants it known that every item that is donated to the store is sorted and placed for sale, given to Grain Train, or taken to the Lincoln City Mission where it is converted into insulation, ensuring that very little goes to the landfill. “Our sorting rooms are always packed and our members work hard to ensure that every donation is put to good use,” said Mrs. Cole.

As a store, the Bargain Box is an asset to Beatrice but, ultimately, it comes down to helping people. “Each Wednesday afternoon some of the Mosaic residents come to clean the store. They are proud to be able to help and contribute. I encourage people to take a tour of Mosaic to see what residents are capable of. We are able to make things better for them and positively impact their daily lives. The Bargain Box is about helping people and doing something good for those who may not have what you have.”

To help support their mission, consider donating items or shopping at the Bargain Box.

Feb 25 2020
Beatrice – Gage County communities are making progress on a score of community facility improvement projects, according to a survey of community leaders conducted by the Heartland Center for Leadership Development.  Nearly 100 leaders from eight communities responded to the survey as part of a community development initiative funded b...Continue Reading

In Focus: Taking Steps to Fill Your Company’s Talent Pipeline

Feb 6 2020
Companies must take the time to identify potential new hires, build a relationship, and follow up with training and support in order to build today’s — and tomorrow’s — workforce.   It’s no secret the manufacturing and construction industries are facing a shortage of workers at every level. To build a talen...Continue Reading