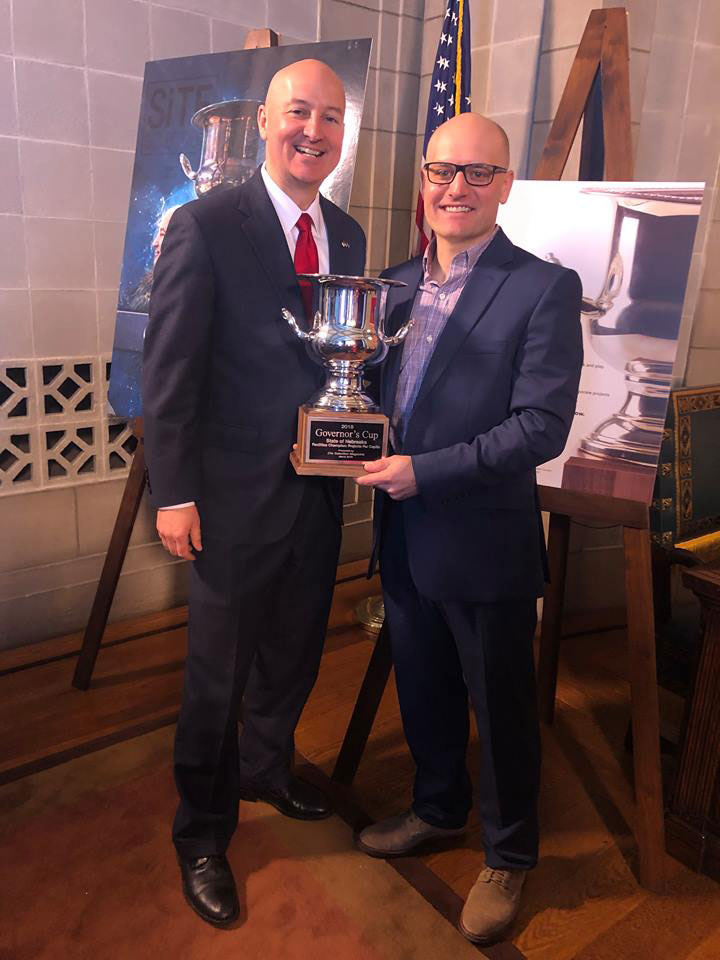 Nebraska and Texas have won the 2018 Site Selection Governor's Cups. This is the sixth year Site Selection recognizes the state with the most qualifying new and expanded facilities per capita, which Nebraska claims for its capital investment activity in 2018. Texas wins for having the most qualified projects of any state.

In the magazine's ranking of Top Micropolitans — cities of 10,000 to 50,000 people which cover at least one county, Beatrice ranked #14 which was the highest ranked micropolitan in Nebraska.

The 65-year-old Atlanta-based magazine has awarded the Governor’s Cup annually since 1988, based on new and expanded corporate facilities as tracked by the proprietary Conway Projects Database. Site Selection, published by Conway Inc., is the senior publication in the corporate real estate and economic development fields and is the official publication of the Industrial Asset Management Council (IAMC, at www.iamc.org). Site Selection's yearly analyses are regarded by corporate real estate analysts as "the industry scoreboard." The magazine's circulation base consists of 48,000 subscribers, most of whom are involved in corporate site selection decisions at the CEO/President/COO level.

“The Governor’s Cups recognize not only the winning governors, but their entire economic development teams, and by extension, the many professionals throughout their states who work every day to attract new investment and retain and grow existing businesses,” says Mark Arend, editor in chief of Site Selection. “Governors Abbott of Texas and Ricketts of Nebraska credit their states’ strong networks of economic development, institutional and business leaders at the city, county and regional levels. They also credit their workforces as their competitive edge, and are taking steps to ensure their supply of labor continues to meet the requirements of investing businesses now and in the future.”

Site Selection’s Conway Projects Database focuses on new corporate facility projects with significant impact, including headquarters, manufacturing plants, R&D operations and logistics sites, among others. It does not track retail and government projects, or schools and hospitals. New facilities and expansions included in the analyses must meet at least one of three criteria: (a) involve a capital investment of at least US$1 million, (b) create at least 20 new jobs or (c) add at least 20,000 sq. ft. (1,858 sq. m.) of new floor area.

Creating Opportunities for businesses to start, grow or move to Gage County, Nebraska, while also increasing economic opportunities for individuals and families thru good jobs with positive workforce skills.

Mar 22 2019
Micropolitan is a fancy word for a small town. The U.S. Census Bureau provides an exhaustive definition, but when it comes down to it, a micropolitan statistical area (MSA) is a geographic region of one or more counties with one city of 10,000 to 50,000 people. Micropolitans are sprinkled throughou...Continue Reading

Mar 15 2019
It is National Ag Week, and we are celebrating our state’s number one industry. The Department of Agriculture and I will be visiting with some of the farm families and ranchers who are building opportunity in communities across our state and growing the food that helps feed the world. Nebraska’s dominanc...Continue Reading

Mar 6 2019
Gage County is a forward-thinking community, home to many national and international businesses. Due to the county’s central location and robust infrastructure, businesses are finding that they can easily move raw materials and finished products throughout the United States and into Canada. When combined with a skilled workforce and som...Continue Reading